Did I tell you about my Goa Trip?

In the middle of farewell parties, convocation, packing bags and shifting from my room (sniff, sniff), I almost forgot my Goa trip! Well, it was quite an eventful trip, especially the circumstances in which I went. I do not know how I could have forgotten about it but I guess I was still suffering from MICA withdrawal symptoms. 😛

It started with friends cancelling on me due to their health problems and me with a second class train ticket from Ahmedabad to Goa. There were other friends who planned their trip to Goa at the same time coincidentally but I still faced a certain amount of hesitation in going alone from Ahmedabad to Goa (yes, that was stupid!). I tossed a coin in the morning, wanting the Gods to tell me what to do. And the coin ordered me not to go. I guess I was a little disappointed because, in some teeny weeny corner of my heart, I did want to go. I got ready for class and stood outside my door, imagining the clear blue skies and the waves splashing on to the shore and I decided. Heck, I was going!

The journey from Ahmedabad to Goa was fairly uneventful and I am glad for that. What was a first for me, was travelling in the local transport buses!

When I reached Madgaon railway station in the morning, I realized I would have to pay Rs. 1200 to get to Candolim (where I was supposed to meet my friends who were coming in some time later in the day) through the Pre-paid taxi. Even my train ticket from Ahmedabad to Goa wasn’t worth that and so I decided, I had to find another way. After much asking around at the station, somebody told me how to reach Candolim Beach by bus. I took a bus from the stop outside the station(which was full of people like me :-D) to Margao Bus Station from where another over crowded bus took me to Panjim Bus station. That led me to the bus which would finally take me to Candolim! And all that accomplished in Rs. 45. The Amdavadi in me never felt happier! 😛 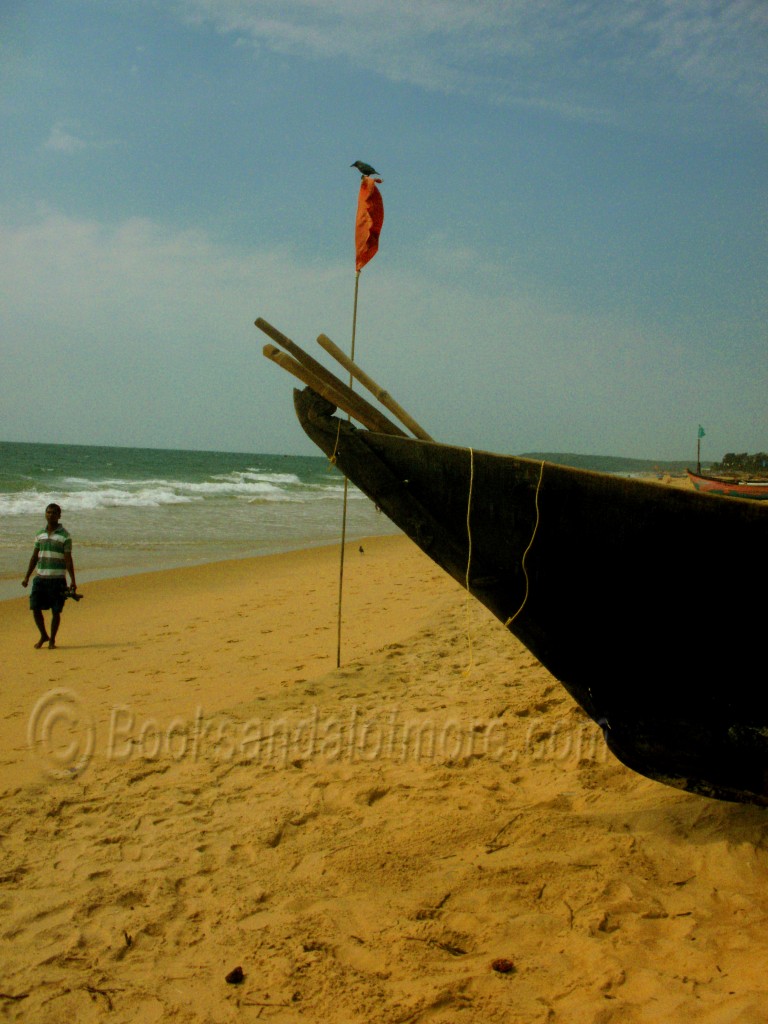 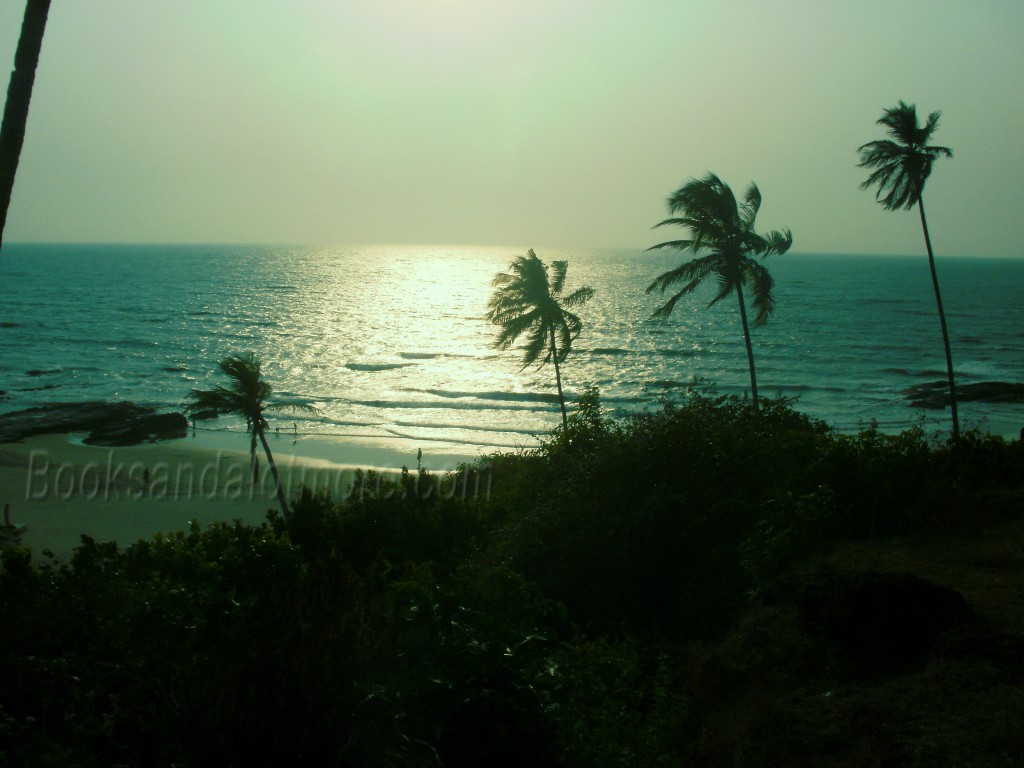 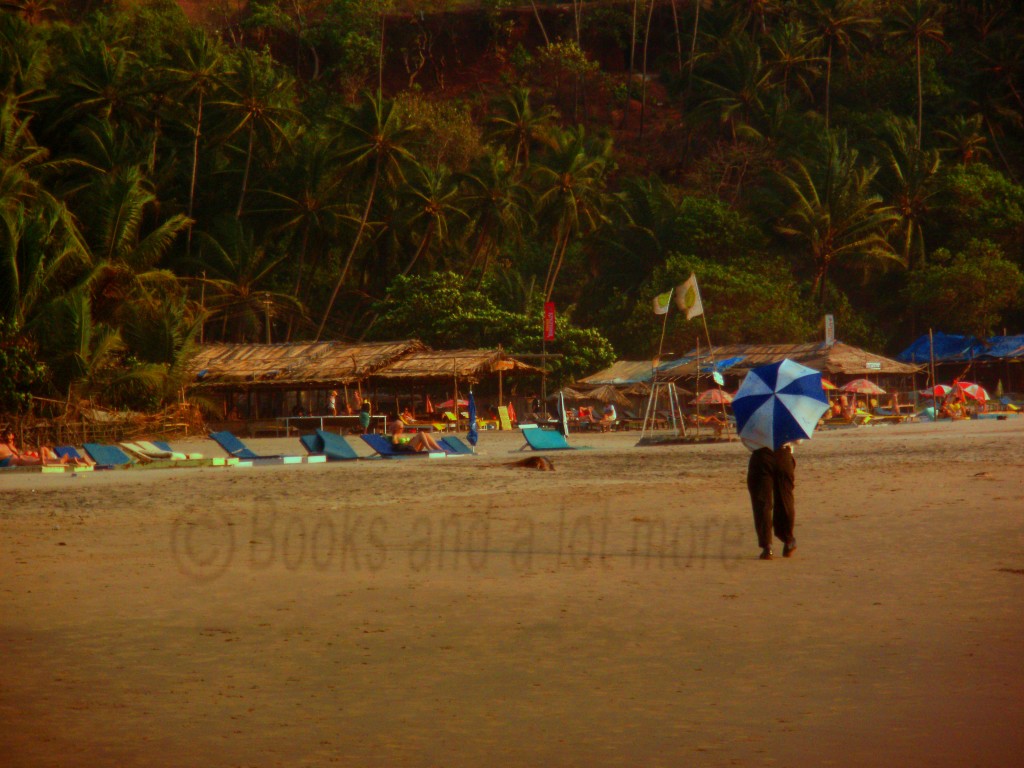 One of the best places to go to at night is Cavala. I had a great time there! There was a band playing and you could just feel the energy in the place. Mostly, they played some rock and roll. People randomly start dancing and it’s such a refreshing break from the typical Club music that most people nowadays play. I couldn’t stop myself when the song “That thing you do” by The Wonders started being played.

Arambol has a salt water lake which is quite a hike from the main beach and something that you can miss. On the whole Arambol seemed to be of full of stoned hippies and dirty looking people. Candolim, on the other hand, is this peaceful beach where you only see white senior citizens (so, you can give it a miss too if you want to, ahem, sight see) although it’s very clean. Even the toilets in the shacks are very clean! However, Ashwem is another beautiful and nice beach where people of all ages come, if you get what I mean. 😉

Some Places that you absolutely have to eat at:

Things that I missed out on:

3. Anjuna Market (On Wednesdays only)

Goa is one place you never get bored with. I can probably lay on the beach everyday, doing absolutely nothing except probably read a book (started reading ‘Last night in Twisted River‘ by John Irving in Goa, which I still haven’t quite finished yet :-/).

However, next time I go to Goa, I think I shall concentrate more on South Goa, spend two days just visiting churches and look at old Goan buildings. There’s so much still left to see!

You are right about Arambol….U will most of the people stoned and with weird hairdo….
Vagator is best of all the beaches in North Goa the scenic beauty from the fort is just amazing…..

South Goa is very quiet compared to the North….You will hardly find anyone on the beaches but yes the churches are amazing…

[…] I did not like was the pace at which the book moves. I started reading this when I went to Goa, and it took me some while to finish it although some major events like the convocation and the […]