Books and a lot more in Kolkata

Lot of things have changed in the last few months…I am coming out of my rut and learning some important truths, especially because of changes on the work front, among other things and not to forget, the presence of some people in my life who have helped me do so. It is time I took charge of some things. There’s an important person that needs my attention – and that person is ME.

In my attempt to do so, I am learning to give more time to myself. And that includes travelling to new places, meeting new people, and spending time with people I love, even if it means going out of my way to do so. Mostly, I have to learn to not be too hard on myself.

Last month, I went to my friend Eesha’s wedding in Kolkata. It was a lazy weekend, spending time at the wedding venue doing nothing but looking good. Eesha made a very pretty bride and she was especially in high spirits on the night of the wedding. Having never been to a Bong wedding before, it felt like an adventure of sorts – observing and participating in different rituals and eating food I have never had before ! The high point of the holiday has to be the food – I had fish, lots of it actually, each dish different from the other. Shaileja and I gorged on the food while Riddhika sat on the side with the vegetarian fare and Anant took selfies.

The next two days after the wedding were spent in lazing around and occasionally visiting places of note. 😛

We started with lunch at a place called Mocambo on Park Street, followed by a visit to the Presidency College area where we spent a major part of the afternoon looking for second hand books. 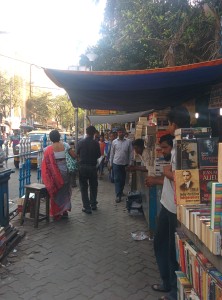 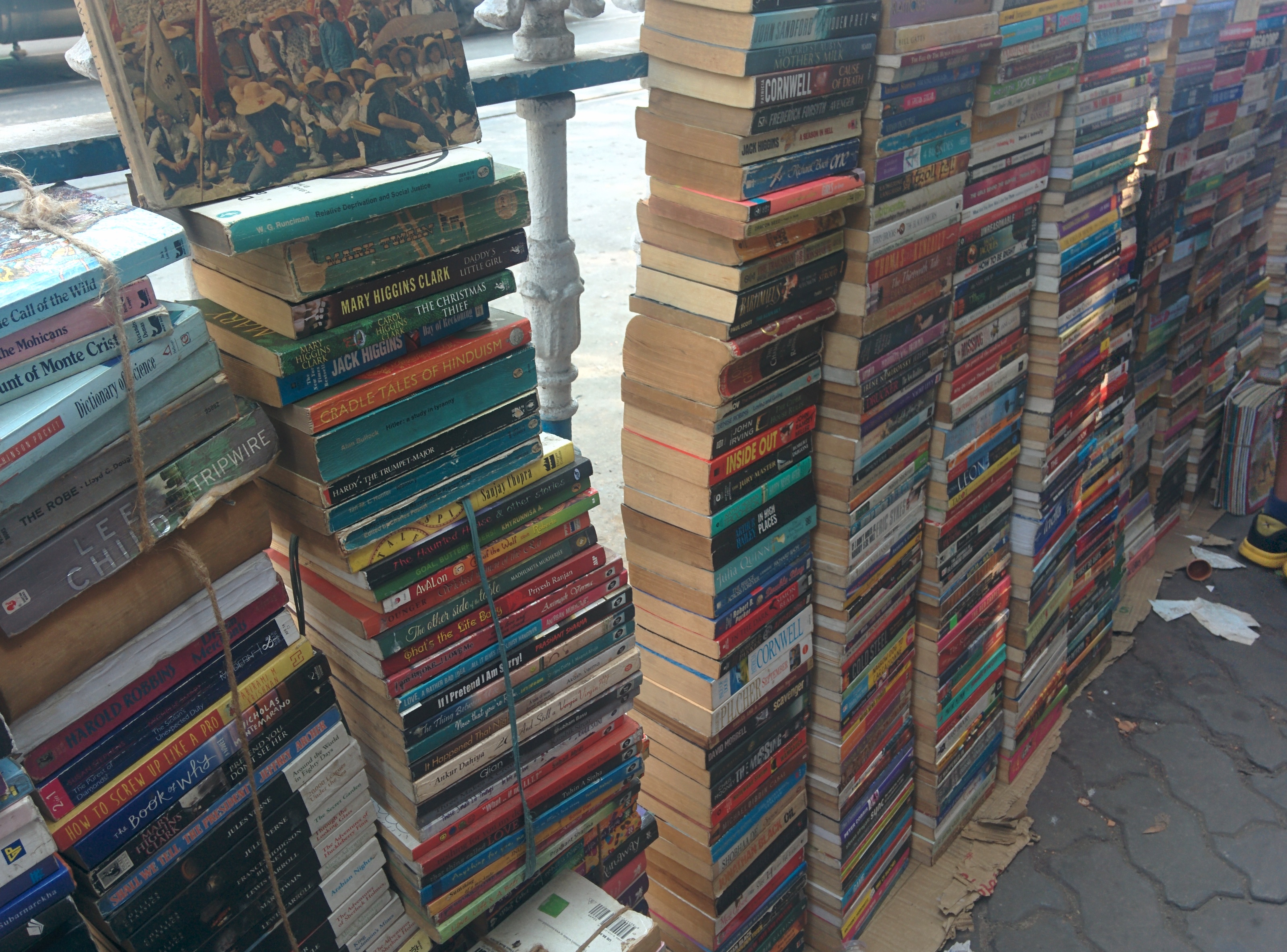 with poems by Kingsley Amis, Dom Moraes and Peter Porter) while Shaileja browsed through the different books trying to find something she liked. Anant was heavily disappointed as he couldn’t find a particular book on sea diving that he wanted at a book store which claimed to have all the titles possible. Amit was too busy bouncing around, very happy with a book on cricket that we found. It was such a delight looking at him, browse through the photographs like a child who’d just been given a toy. I used the negotiation skills learnt in my sales job to maximum advantage and got the book seller to give away the book at Rs. 500. Amit owes me big, for that one ! 😛 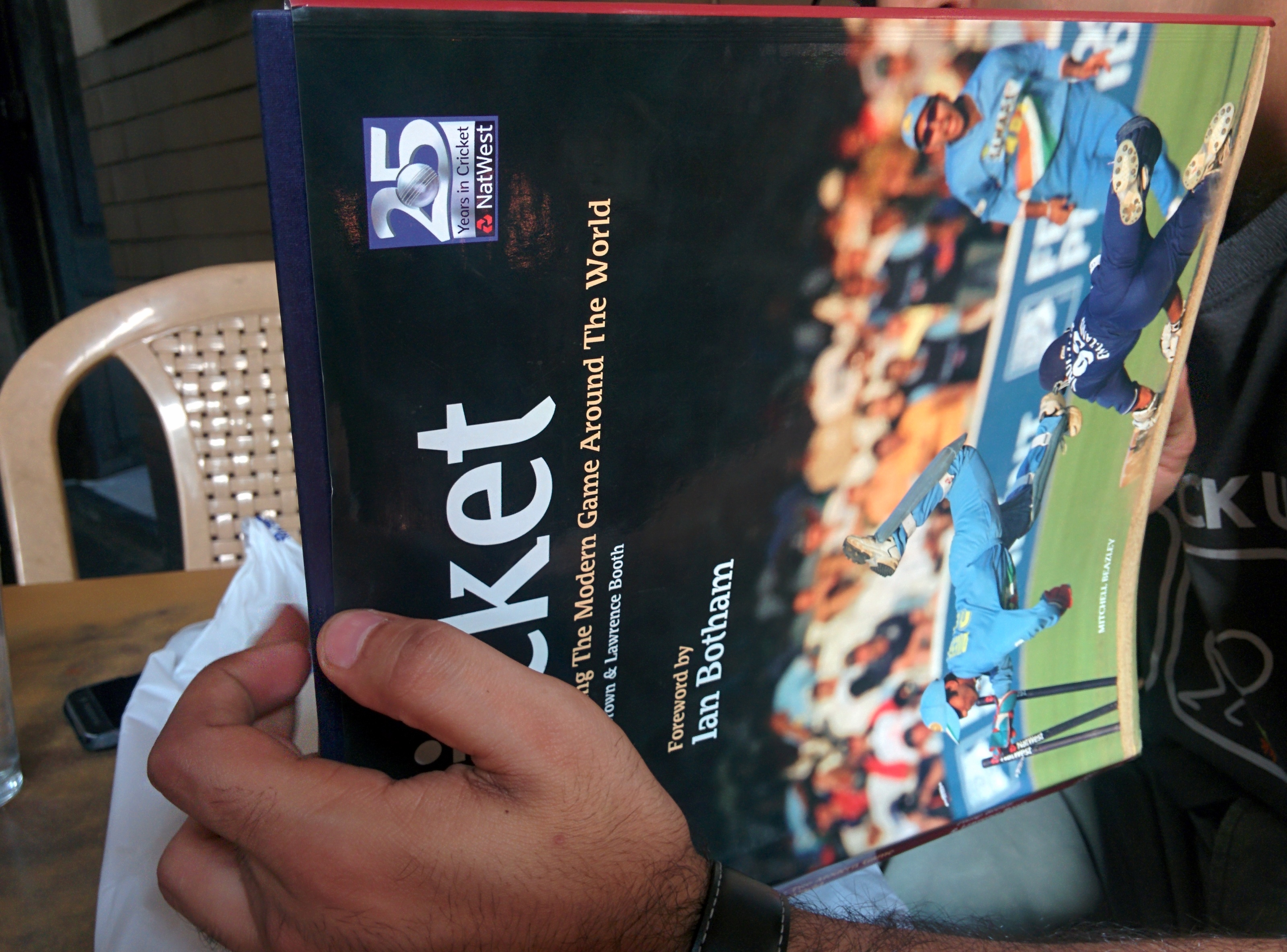 After spending so much time in the Kolkata humidity, we went to the Indian Coffee House for a quick cup of coffee. Some cities have a distinct identity. However, Kolkata seems to have a soul. 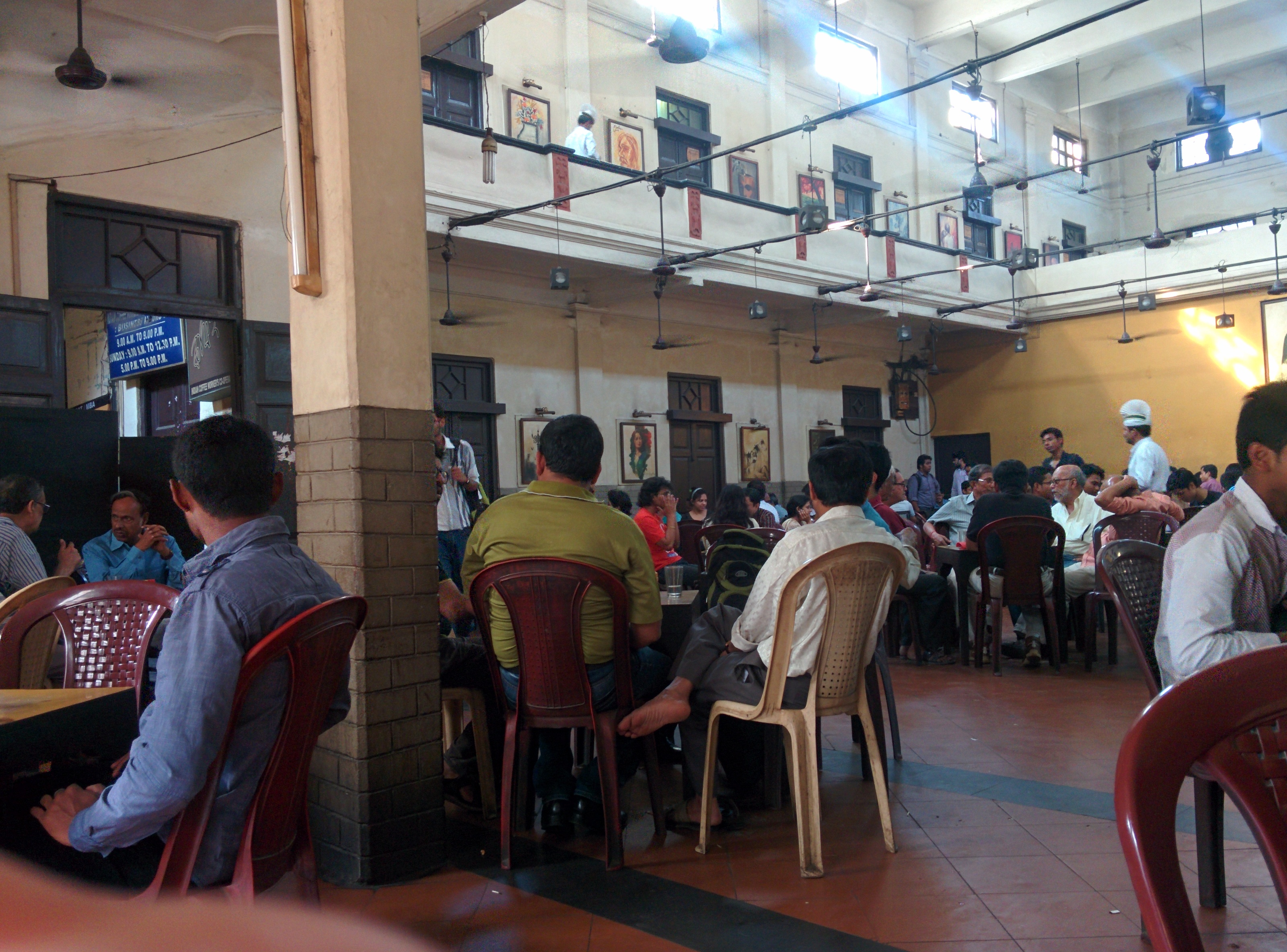 The day ended with a quiet dinner at Flury’s and a drive to the Victoria Memorial. I was a little surprised how most restaurants in Park Street close at 10 pm. We got a cab who was enthusiastic enough to drive us to the Howrah Bridge. It was just touch and go, but I felt like my life’s purpose had been fulfilled. 😛 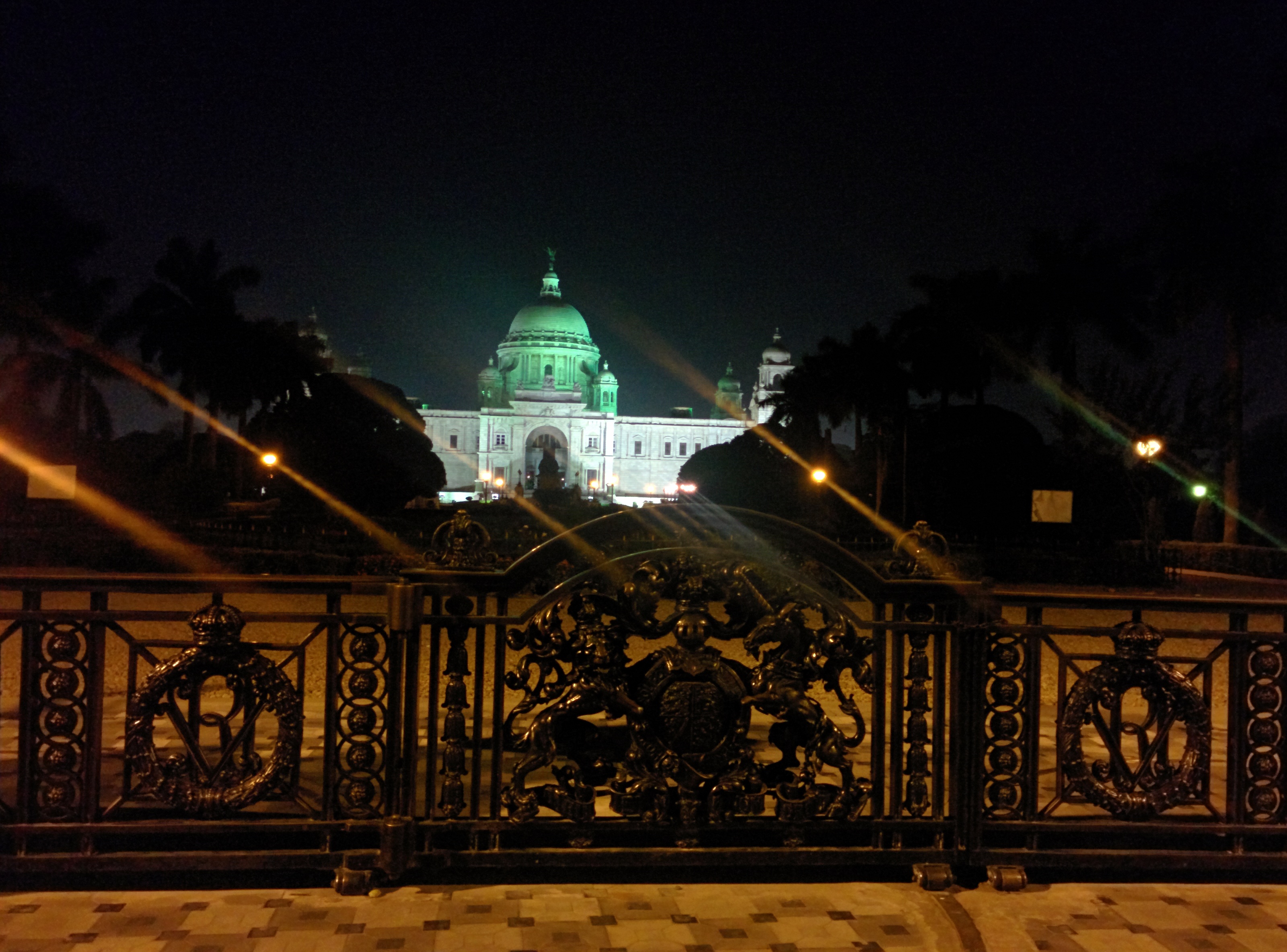 The next day, after a hearty breakfast, I made the others go to the Indian Museum, which in hindsight was not a very good decision. Although the building is quite beautiful, architecturally, the museum is quite boring. The natural history section is quite creepy. Seeing an embryo of a human child preserved was quite chilling. Somehow, it gave me the creeps.

So, after that, nobody really listened to me as to what we should do next. And I followed good advice received from others by having lunch at this small place called The Blue Poppy at Sikkim House on Russel Street. We found it after a bit of an effort but having some thukpa there, made me feel so happy and contented, as if everything was quite alright. We spent the rest of the day, lazing around at Aqua, The Park, having bloody mary’s and enjoying the beautiful ambiance of the sitting space near the pool. 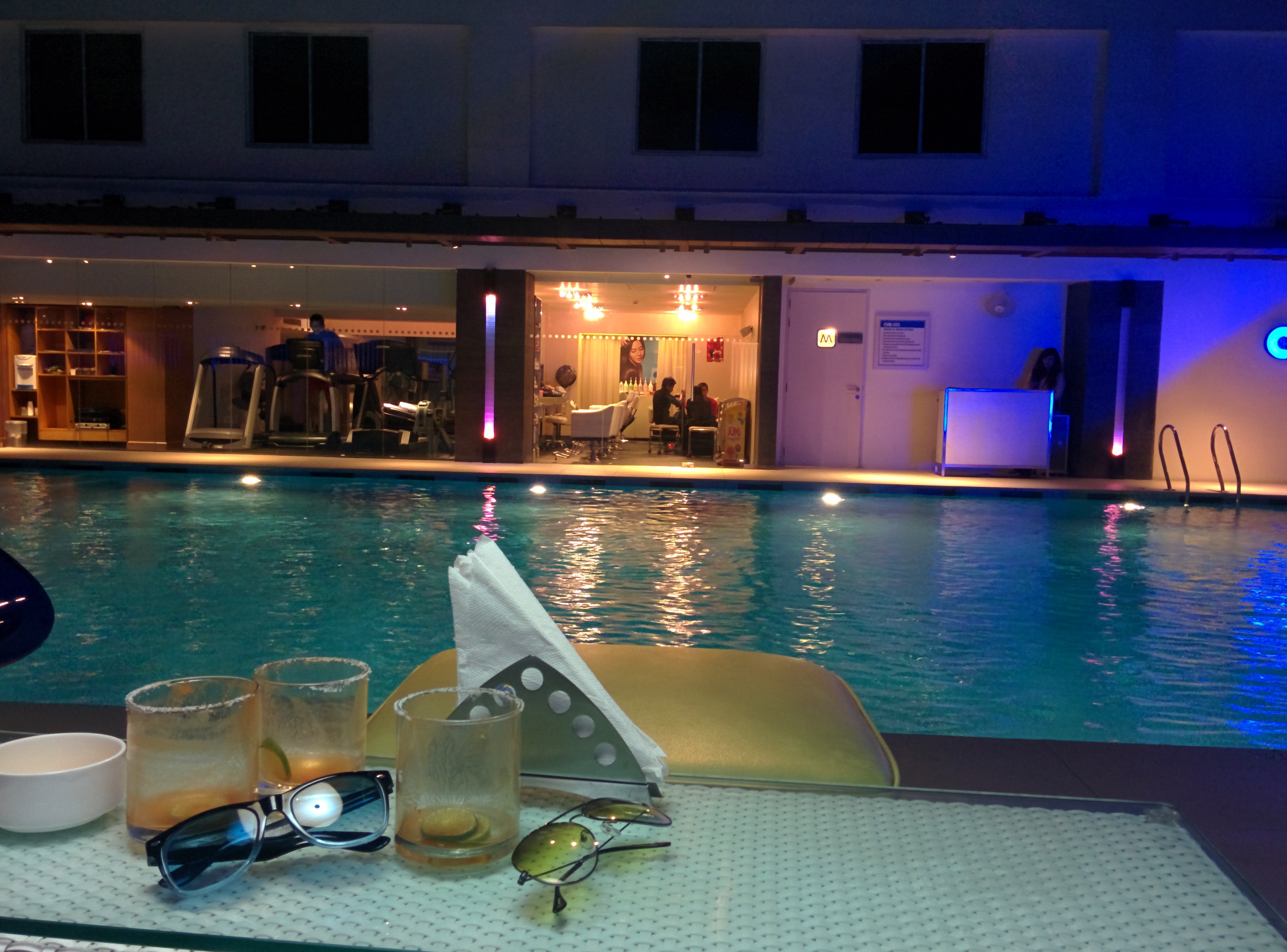 The next morning was hard. Taking that early morning flight back to Delhi seemed like such an impossible thing to do, especially the thought of going directly to work. It was only the promise of the next weekend made me take the flight (and the money spent in booking the return flight at the last minute along with the imagined look on my boss’s face if I didn’t turn up for work :-P).

Sigh, Life is beautiful, isn’t it, when you have the liberty to do the things you like doing, visit new places and the love and company of good people?

Shovon Chowdhury’s Murder with Bengali Characteristics is a sequel to his book The Competent Authority (Book Review | Author Interview). Although a sequel to the book, it is a... Read More

August was an exciting month with so many book releases. However, September doesn’t look too bad either, with books by Margaret Atwood and Jhumpa Lahiri set to release. Check... Read More

I’m sorry, I saw those pics of stacked books and the rest was just a blur, book… all those books…