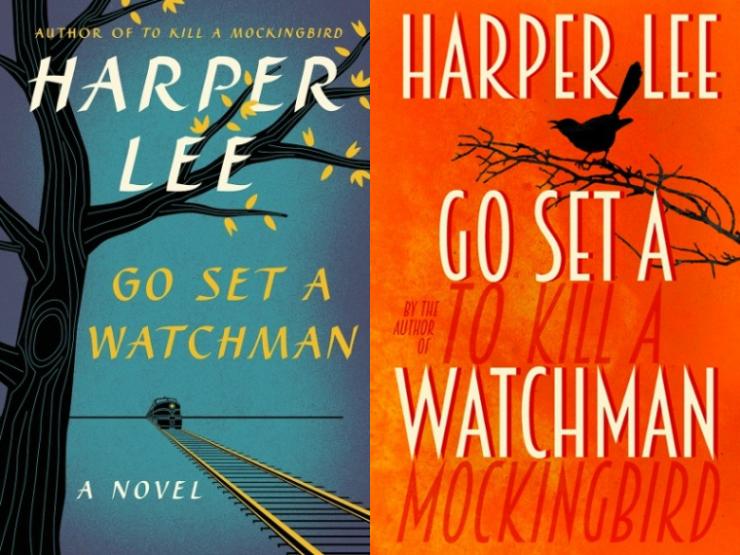 listed Go Set a Watchman by Harper Lee as their most pre-ordered book since Rowling’s final book in the Harry Potter series – The Deathly Hallows (2007) and I’m not surprised why. In fact I think it was one of the most anticipated books of 2015. So, naturally, the expectations from the book were sky high. The book is the sequel to the major American classic, To Kill a Mockingbird, which is personally one of my favourites and it drove everybody crazy when its release was announced.

Go set a watchman by Harper Lee focuses on Scout Finch who is no longer a six year old. She is now a twenty-six year old Jean Louise Finch who returns to Maycomb, Alabama from New York. The book is about her struggle to understand the perception of her home county. Just like its prequel, Go Set a Watchman raises the issue of racial inequality and talks of the political view of the city through the eyes of a young woman.

Jean Louise Finch starts to question the beliefs her father had instilled in her when she was a child and the things she learns which in my opinion, make her grow as a person. It makes her separate her conscience from that of her father and thus, helps her create her own identity.

The book starts off at a very slow pace and isn’t as captivating as one would expect it to be. Many minor characters from To Kill a Mockingbird are seen as major characters here; yet character development was rather scarce. However, the best part about the book is that it will, along with Jean Louise, make you learn something. You’re reading about Jean Louise and her problems with perceptions, opinions of her own and others, and you’ll realize that it implies to us all. Some parts in the book left me awe-struck. Like when Uncle Jack is speaking to a grown up Jean Louise, he says, “It’s always easy to look back and see what we were, yesterday, ten years ago. It is hard to see what we are. If you can master that trick, you’ll get along.” This was indeed a very wise advice. Speaking of wisdom, I was disappointed that we did not see much of Atticus Finch in the novel, but the fact that it serves a purpose in the book, makes it bearable.

In an honest conclusion, Go Set a Watchman by Harper Lee is not as brilliant as its prequel and is rather slow; but it is in entirety a good book and everybody who devoured To Kill a Mockingbird should definitely read this once, however with lower expectations.

The Bone Season by Samantha Shannon is an interesting book. It caught my attention when I read somewhere about Shannon being the next J K Rowling. It also led... Read More

I was waiting for this. Thanks for a crisp, honest review sans spoilers!

Was looking forward to reading this, thank you for your review it is honest and well written.

Go set a watchmen is a nice book by harper lee. Story of this book is quite inspiring and innovative. Happy reading this book. Thanks a lot for it..