Pyre by Perumal Murugan has much to say – in a quiet, sweet manner. It is not a novel with what you would call a happy ending, and yet it has a romantic disposition. The novel centers around Saroja and Kumarasen, a young couple who marry for love. Theirs is an inter caste marriage and Kumarasen naively brings her to his village to live. He believes that he will be successful in hiding Saroja’s caste and and the community will get used to them, after an initial reluctance. A village bound by convention is aghast by their love marriage as well as doubtful of Kumar, with Saroja’s fair skin glaring at them. What follows is non acceptance by the community, including his own mother, and a social boycott. The boycott is followed by drastic events that test and threaten their innocent relationship.

The central characters in Pyre

As a couple, Saroja and Kumar are profoundly endearing. There is so much innocence in their relationship and you wonder how the rest of the village could be so heartless. It’s an irony that the purity of their love is regarded as a pollutant by people. Even a small attempt by them to carry on their lives, in spite of the constant kicks to their self respect, is regarded as a shameless imposition on the people of this village. There is nothing except a quiet humility with which the couple deal with the hostility.

Saroja’s fear is understandable. She is boycotted by everybody and made to feel like a person of questionable character. Coupled with the fact that she comes from a different culture – in some ways comparatively open minded than the villagers, life is difficult for her. She has no one for a friend except for Kumarasen. They are united by their love and the loneliness that they feel, for they both do not have the support of their families. Everybody turns against Kumar, including those who professed to love him and call him their own. It is heartrending to imagine the hurt that Kumar feels on learning that his family has disowned him.

The magic in the book

Perumal Murugan matches up the plot with metaphors and imagery, in sync with what the characters are feeling. The weather is described as hot, arid and inhospitable in the village when Saroja comes there for the first time. There is hesitation on her part in getting down from the bus into this hostile environment, similar to the fear she feels when subjected to the antagonistic welcome from the villagers. The spot of earth where they live – the rock – is hard and unyielding. She is compared to a ‘lush Erukku shrub’, growing on the top of Kumar’s grave. Village life is presented in its most realistic and stark manner.

The ending of Pyre by Perumal Murugan is agonising. It is also open ended. The irony in the last line is distressing as it is masked by a feeling of hope that you still feel. I ended up reading the last few pages again and again, to understand what could have followed. The pseudo-cynic in me wanted to search the text for clues to get a happy ending but I forget how the purest of romances always seem to end in tragedy. One can only hope that reality is different from fiction.

I have this very unrealistic wish – I wish I knew all the languages that exist in the the Indian subcontinent. Whenever I read a translated book, I often wonder. Does it do justice to the original? Am I missing out in my experience of the book? There is a certain delight that can only be expressed when you understand the context, which is often set by the language and local colloquy. For now, I can try to learn as many languages as I can or make my peace with the FOMO (Fear of missing out). I shall  also be talking more about fear in the next Stuff I’ve Been Reading, at the end of this month.

About the Book: Pyre by Perumal Murugan, Penguin India, 270 pages

First, something about Rebecca: Rebecca is written by Daphne Du Maurier and was published first in 1938. It has been adapted several times for film, television and theatre.... Read More

Book Review- Aerogrammes and other stories by Tania James

I’ve had a massive realization. I’ve realized that I have finished a LOT of books while travelling in trains. And now, add one more to the list. I finished... Read More 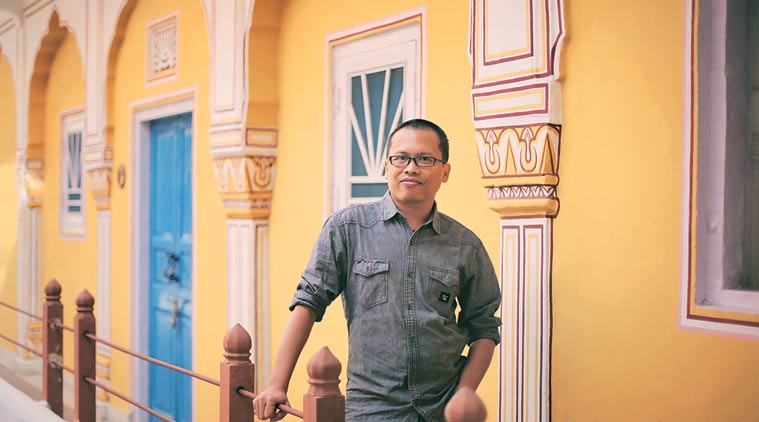 Beauty is a Wound – an Epic Indonesian story

I found Beauty is a Wound in a bookshop at the Jakarta airport. The city of Jakarta has been nice so far. The people are easy going and helpful.... Read More