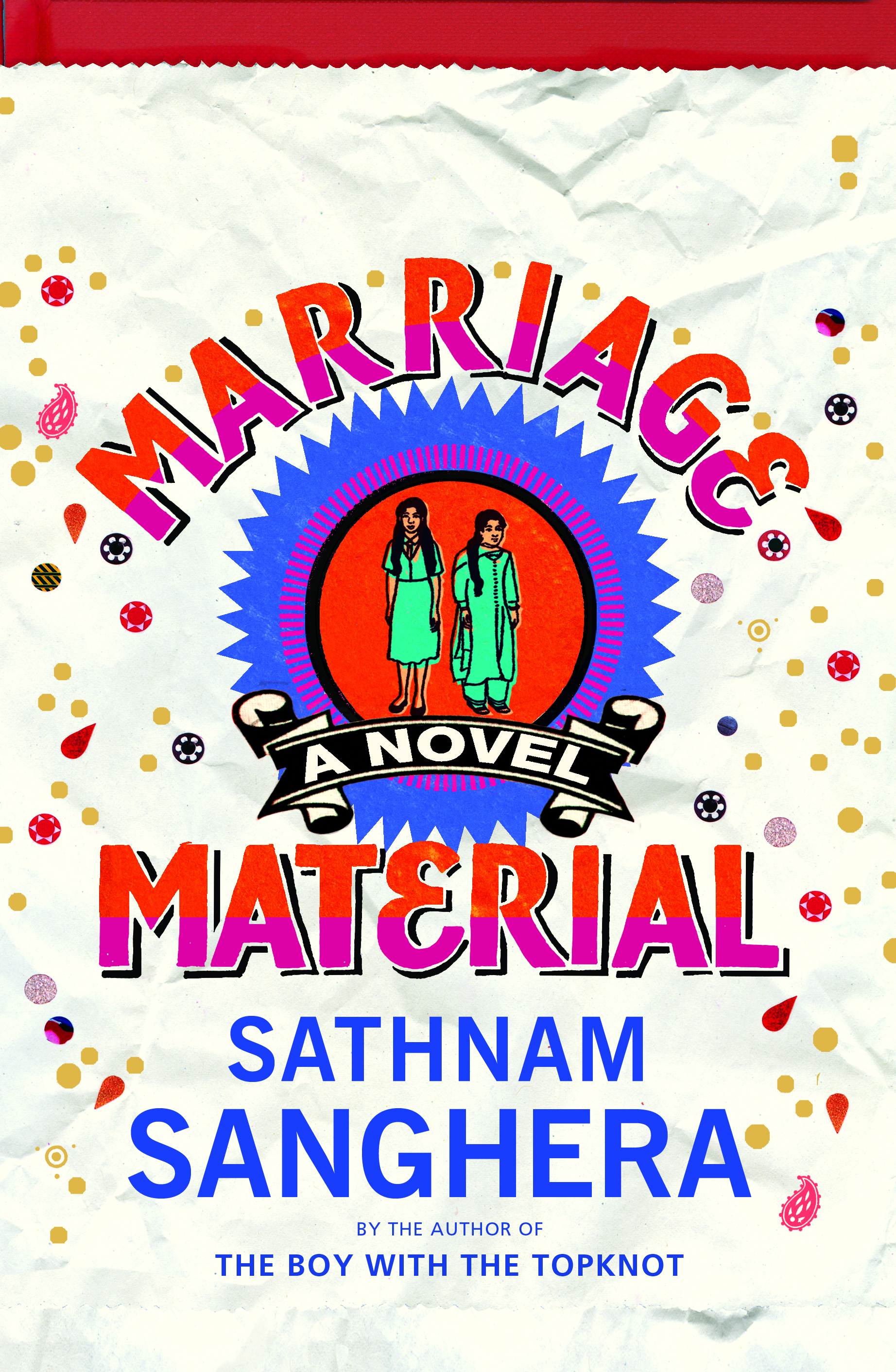 In the beginning, I had absolutely no idea what this book was supposed to be about. By the end of it, the purpose wasn’t clear as crystal, but I did have a slight idea as to what the aim of the book was.

The plot of Marriage Material by Sathnam Sanghera seems heavily based on Arnold Bennett’s The Old Wives’ Tale. It revolves around a certain supermarket, called Bains Stores, located in Wolverhampton and the family running it, taking us through two different decades. It was a bit confusing in the beginning, trying to connect the dots, shifting from the 1960’s to the 2010’s but after a few chapters, the reader gets used to it. Now, while this addition is rather intriguing, I found it a little hard to get into the book.

A lot of things in the book are stereotyped – Girls, Punjabis, Muslims, The British, etc. Basically, there might come a point where it might turn you off. Although some stereotypes literally went over my head, the book definitely did present me with staccato bursts of laughter; I laughed out real loud on a few parts. There was one quote that I liked in particular, enough to write it down – “Families are the last people who should be entrusted with the task of finding you a spouse, given that they are incapable of appreciating that you may have changed since the age of twelve.”

The content of the book reflected the extensive research done by the author, with him scouring through the archives of Wolverhampton, mentioned in the Acknowledgements section, which is commendable.  I didn’t learn anything significant from the book, but the sarcastic tone used for the present day storytelling and the ambitious, independent one used for the 1960s’ was what helped me survive the book. The ending felt rather disconnected, providing us with a suspense which didn’t really hit me hard because of the lack of an element of mystery in the entire book.
The characters I believe were realistic but not entirely likeable. Except for the character of Surinder, which saw a lot of improvement over the years, being present in both the decades the story focuses on.

Sherry is a self proclaimed quintessential nomadic bookworm. She reads anything and everything and does not restrict herself to specific genres or authors. She loves how words have the ability to tell tales beautifully and is practitioner of the same. Currently, a Journalism and Mass Communication student, Sherry will be visible on this website frequently.

Note: The book, Marriage Material by Sathnam Sanghera, was provided for free by the kind people at Random House India.

If you want to review for this website, please get in touch with me at booksandalotmore@gmail.com.

I was introduced to Jana Bibi last year when Random House India sent her first book ‘Jana Bibi’s excellent fortunes’ to me for a review. (Click here to read... Read More